How does proportional size work on mammals? Could you increase or decrease the size of an elephant's trunk by manipulating genes?

- A curious adult from Oklahoma

Animal size is a complex genetic trait. There are many genes that are involved in determining an animal’s overall size.

Not only that, one gene can also affect many traits! Many of the genes that affect body size also affect other things such as metabolism or lifespan.

So we could use genetics to change the size of an animal. But it would be almost impossible to do that without changing other traits too.

Growing up, you might have noticed that all your body parts grew at the same time. It would have been really hard to learn how to walk if one leg grew faster than the other!

You have your genes to thank for that. You have genes that coordinate how fast your body parts should grow. Some of these genes affect your whole body, while others affect only certain body parts.

You may have heard of hormones. Hormones are kind of like the body’s postal system. They send chemical messages around your body to tell it what to do! Hormones that are made in one part of the body can be passed through the bloodstream to another part of the body.

Genes related to production or intake of growth hormones affect your whole body.

So you might be thinking that one way to make a miniature elephant would be to change a gene that regulates growth hormone production or intake. You would be right!

In fact scientists have made dwarf mice by doing just that. After making these miniature mice, scientists found that changes in growth hormone genes don’t just affect size. These mice had different fat storage, metabolism, and lifespans.

So you probably could make a miniature elephant, but it would be different from other elephants in more ways than size. 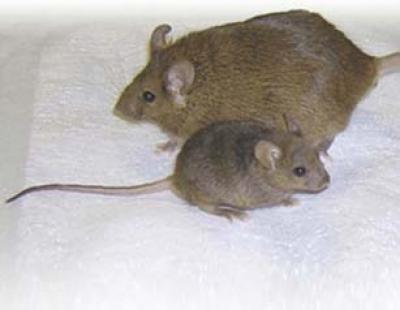 Scientists made dwarf mice by changing their genes
Image from Eurekalert

What other genes affect mammal size?

Genes related to the growth hormones are not the only genes that regulate mammal size. There are many other genes that contribute to overall size. The genes involved in bone and tissue production also affect how big you’ll be.

One example of these genes is fibrillin. This is a protein that makes elastic fibers in your body. Mutations in the gene that makes fibrillin cause a genetic disorder called Marfan syndrome.

Individuals with Marfan syndrome often suffer from heart, lung and eye problems, as these body parts all rely on connective tissues. With modern medicines, most of these conditions can be prevented or treated.

Is it possible to change the size of an elephant’s trunk?

The short answer is maybe, but not right now. We still don’t know exactly which genes are responsible for the elephant’s long trunk. If we knew what they were, we might be able to make an elephant with a shorter or longer trunk.

But remember that a gene may affect multiple body parts! I mentioned that growth hormone mutations can make an animal (or person!) bigger or smaller. But those mutations can also lead to diabetes, high blood pressure and memory loss.

We might be able to find some genes that are responsible for the length of an elephant’s trunk. But changing these genes might have unexpected effects. Maybe genetic changes that shorten an elephant’s trunk would change the size of its ears, or the shape of its face!

Elephants slowly evolved from an ancestor that had a shorter snout. As the elephant ancestor grew larger, it needed to be able to eat more food. Longer snouts made it possible to reach leaves and branches that were previously out of reach.

Longer snouts also meant that they could grow longer tusks. This is because with a longer snout, they didn’t have to graze with their mouths so close to the ground. Fossil records show that the evolution of the elephant’s trunk was a gradual process with many intermediate species.

But it turns out we don’t necessarily need to make a miniature elephant. One already exists! The Borneo Pygmy Elephant lives in Indonesia and Malaysia and is the smallest of the existing elephants. These elephants evolved from larger elephants over a hundred thousand years ago. 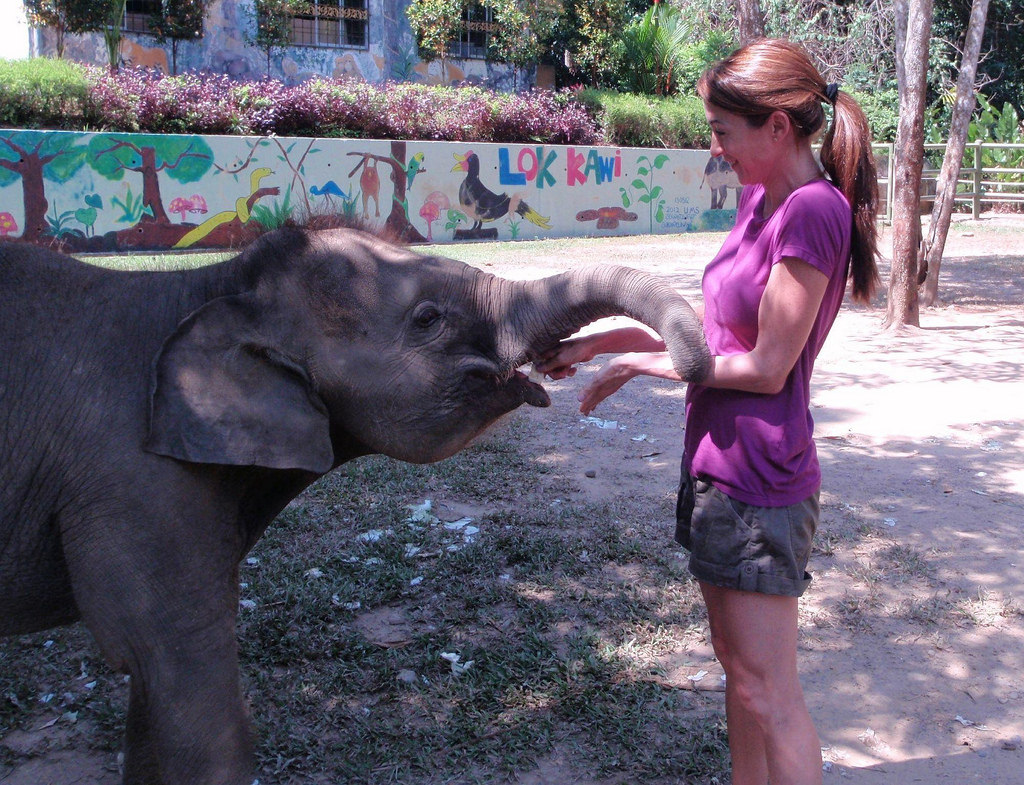 Borneo Pygmy Elephants are the smallest of all the elephants!
Image from Flickr

Where do Borneo Pygmy Elephants come from?
Growth Hormone is responsible for different sized dogs
Why the Manx cat has no tail