I was born male, and received a bone marrow transplant from my sister to treat leukemia.  A bone marrow aspiration a few years back concluded I had female DNA in my marrow, while a normal blood test would show male. 1) By this fusion am I a chimera? 2) Would I have an extra sex chromosome? And finally, I recently came out as trans (M to F). In my case, am I genetically trans? Or getting my hopes up?

- A curious adult from New Hampshire

You’re absolutely right that you are a chimera. The term chimera refers to any time someone has two different sources of DNA in their body.

In your case, you have two different sources of DNA in your body: your own DNA, and your sister’s DNA. But it won’t be randomly mixed together!

This means all your blood cells will be made from cells your sister donated to you. They’ll have her DNA in them, with none of yours. And they won’t exactly have an extra set chromosome: they’ll just have regular female DNA!

You can learn more about chimeras here. 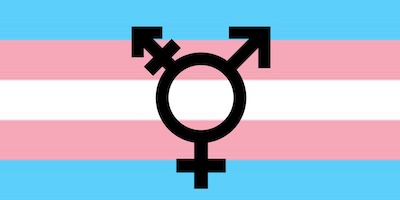 Would an extra chromosome make me trans?

In your case, you probably don’t have an extra chromosome. All of you cells presumably still have the usual number of chromosomes, but some will be female (your sister’s DNA) and some will be male (your DNA).

But even if you did have an extra chromosome, it wouldn’t make you LGBTQ.

Our bodies are made up of trillions of cells, and we have a copy of all of our chromosomes in every single cell. In humans, each cell typically has 23 pairs of chromosomes, for 46 chromosomes total.

But to our best knowledge, when it comes to gender identity and sexual orientation people with an extra or missing X or Y chromosome are no different than those with an XX or XY.

So in the end, are you genetically trans? Maybe! There are a lot of different factors that go into making us all who we are. Some of them are genetic, while others may have to do with environment. But in general scientists agree that orientation and identity is not a choice. Regardless, everyone should be celebrated for who they are.

What is the big difference about the X and Y chromosomes that make the difference between male and female people?

Is being bisexual in a person's genetics?