What are the chances that a child will end up with fragile x if mom is a fragile x carrier with 63 cgg repeat and 1 agg interruption?

- A curious adult from the US
May 7, 2018
Tricky question! Fragile X is a very complicated genetic condition. In short, in this case, the chance of having a male child with Fragile X may be somewhere between 5-19%, and a female child with Fragile X is much, much, much lower. But let’s dig deeper into that.
Fragile X syndrome is a medical condition that causes intellectual disability. This means that people who have Fragile X syndrome may have more trouble learning in school and may be in special education classrooms. But this really depends on the person, just like intelligence in anyone is different from person to person.
Again, Fragile X is really complicated. To understand Fragile X, first you have to know a little about chromosomes.
Chromosomes are like libraries for our genes.
We have thousands of genes that instruct our bodies on how they should develop, determining things like hair color, eye color, and body parts. These genes are organized into chunks called chromosomes.
The X chromosome is one of two sex chromosomes. Sex chromosomes help determine whether someone has the reproductive body parts of a boy or a girl. Typically, girls have two X chromosomes, and boys have an X and a Y chromosome. 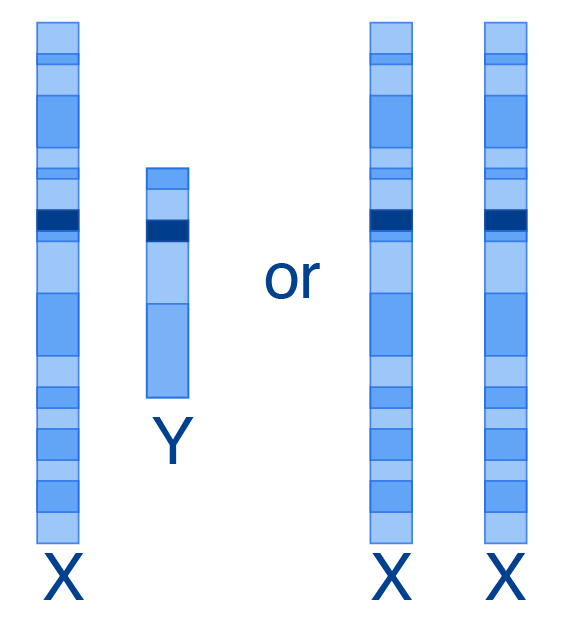 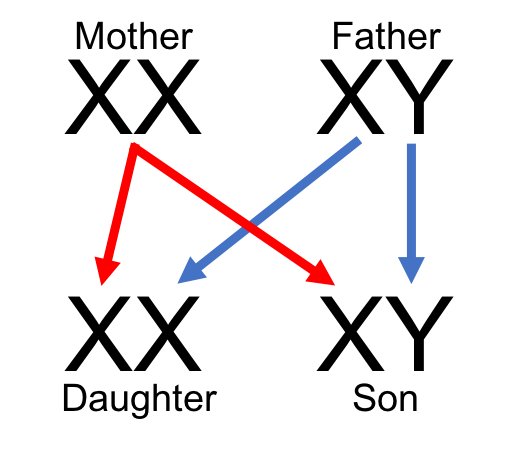 What are the chances I'll have a child with Fragile X?
Video on how trinucleotide repeats expand through slippage
Research Articles
“The risk of fragile X premutation expansion is lower in carriers detected by general prenatal screening than in carriers from known fragile X families.” Geva et al, Genetic Testing (2000)
“Expansion of the Fragile X CGG Repeat in Females with Premutation or Intermediate Alleles.” Nolin et al, Am J Hum Genet (2003)
Back to Conditions
Conditions
Volver a la lista de Preguntas
Volver a la lista de Preguntas