How do ancestry tests work?

- A curious adult from California

This is a great question! Ancestry tests are becoming really popular now, thanks to companies like 23andme, MyHeritage, and AncestryDNA (just to name a few). So, it’s good to ask the important question, how do they figure out where your ancestors are from just by checking out your saliva!?

Well, let’s start there. Typically with these ancestry tests, you’ll be asked to spit into a tube and mail it in to a company. Then, they extract your DNA from the cells in your saliva. And that’s where all the important information is, including ancestry.

DNA is unique to each person. It’s like a blueprint, a map for who you are biologically. Your DNA blueprint is a string of four different letters: A, C, G, and T. And if you add up all the letters, it’s a 3 billion letter long code!

As you may know, you inherit a unique combination of half your mother’s DNA and half your father’s DNA. Since we all inherit DNA from our parents, we’re actually inheriting copies of DNA passed down from ancestors many generations ago. 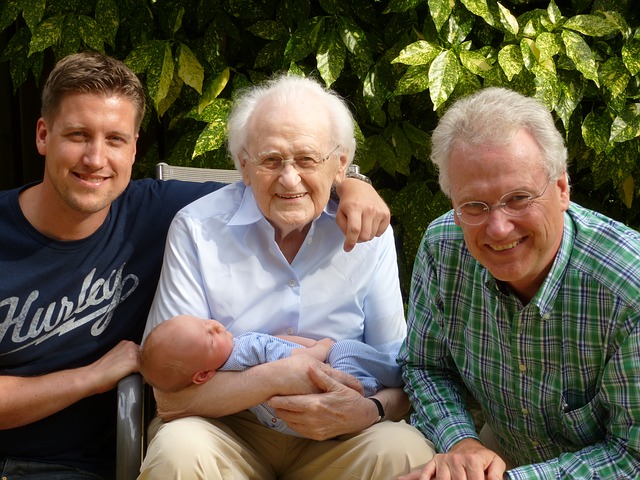 You get your DNA from your parents... who get it from their parents! By looking at your DNA, it's possible to get a lot of information about your ancestors.
Image from Pixabay

To do an ancestry test, you don’t need to know all 3 billion letters; you just need to know the code at a few hundred thousand particular locations. These are single spots in the DNA that scientists have determined can be different between different people.

Some of these differences mean you’ll have blonde hair instead of brown, or blue eyes instead of green. But at other spots, it doesn’t seem to matter much which version you have. It’s just a difference.

These differences can be very helpful for determining ancestry. Maybe at a particular spot most Europeans have a “T”, while people from Asia are more likely to have a “C”. By looking at thousands of these kinds of differences, we can start to predict where your ancestors came from.

Today, it seems very common for people from different countries to meet and to have children. However, traveling 10,000 years ago wasn’t as easy as it is today!

That means that people within a certain area tended to share DNA. Because travel was hard, they were more likely to have children with someone who lived nearby. Over time, this caused people to be more closely related to their neighbors than with people who lived farther away.

In an ancestry test, we’re zooming in on these similarities within populations, and differences between populations that live farther apart.

So let’s get back to that tube of saliva you sent to an ancestry testing company. They’ll extract your DNA from the cells in your saliva and then look at what’s in your code at hundreds of thousands of places.

Once they have the DNA code at these locations, they can compare your DNA to a database of thousands of other people whose ancestry is known. Then they’ll see which group your DNA matches!

An ancestry test adds up the total amount of DNA that matches each ancestry, and reports the percentages. For example, if you’re 30% Moroccan, that means that 30% of your DNA code matched specifically to DNA from other Moroccans in their database. 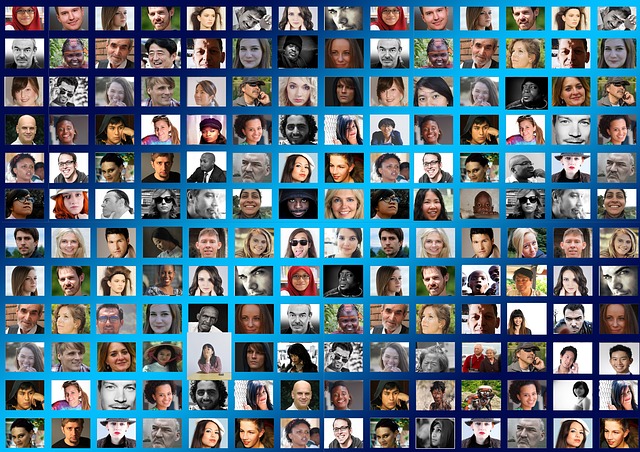 Ancestry tests compare your sample to people in their database, to see who you match best
Image from Pixabay

Ancestry test results aren’t 100% correct. They have their limitations

In general, it’s not difficult to get the continent correct (e.g. European or Asian). Ancestry assignments also tend to be more accurate for populations that are well-studied, like European populations.

In order for your ancestry to be correctly assigned, your ancestors needs to be represented in the database the company is using as a reference. They can’t figure out your ancestor is from Malta if they don’t have someone from Malta to compare to!

The reference databases contain many people whose ancestry and genetic code is known. The company then compares your DNA to everyone in their database. They figure out which group (or groups!) you match best. A few things could be limiting here:

So as you can see there are a couple of limitations that can lead to inaccurate results. But, in general, the broader, continental ancestry estimates should be pretty accurate.

Ancestry tests are very good at getting the broad categories right. But sometimes they get the specifics wrong
Image from Flickr

Ancestry is just a small piece in the larger picture of who you are. An ancestry test will tell you where your ancestors originated, but it doesn’t tell you about their culture and experiences which may have been handed down for generations.

You might find out that your ancestry is mostly Chinese, for example. But that doesn’t tell the story of how your great-great-grandparents were involved with a small Indonesian community and passed down those traditions and culture to you. On the other hand, you could have ancestors from a small Greek community in Italy. Even though you always thought your ancestors were “Italian”, your ancestry will show that you’re Greek.

Our histories are complex and colorful. An ancestry test can be fun and interesting, but we can’t expect it to paint the picture perfectly. There are limitations to ancestry tests, so the colors don’t always turn out right. At the same time, it’s just a small piece of this bigger puzzle of who we are.