How does a mutation in DNA cause a disease like sickle cell anemia?

To many people the word “mutation” sounds scary or magical. They might think of giant ants attacking Tokyo or the X-men.

It turns out that a mutation isn’t really any of these. It is simply a change in DNA. That’s it.

And they aren’t even all that rare. Mutations happen all the time and you have lots of them.

While not all mutations cause problems, some do. One of these is the DNA change that can lead to sickle cell anemia.

To understand how a change in your DNA can lead to sickle cell anemia we need to take a step back and talk about genes and proteins. A mutation can affect both.

A “Mutation” is Just a Change in Your DNA

Your DNA has the instructions for making you.  Your eye and hair color, the shape of your nose, how well you digest milk, and so on, are all right there in your DNA.

A, T, C, G. All life on the planet comes from these four letters! 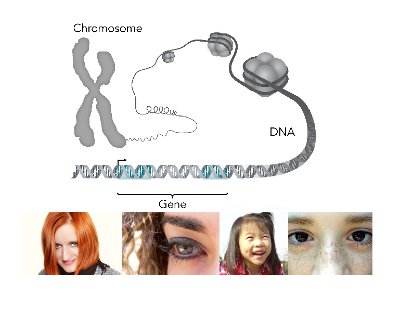 There is a gene that lets some people be able to drink milk, another that decides whether or not you’ll be a redhead, and so on.

And sometimes it takes more than one gene to determine a part of you. For example, eye color comes from many genes all working together.

The way the information in a gene becomes a trait like red hair is through something called a protein. Each gene has the instructions for a specific protein that does a specific job in the cell.

A “mutation” changes the instructions of a gene, which can also change the protein. Sometimes this change makes it so the protein can’t do its job as well.

A Mutation in the Hemoglobin Gene Causes Sickle Cell Anemia

As I said, a mutation in the hemoglobin gene causes sickle cell anemia. And what a tiny mutation!

People with sickle cell anemia have a mutation in the hemoglobin that changes a GAG to a GTG.  Sounds harmless enough, but single letter changes can have a big effect.

Look at this recipe for instance:

“Add the HAM to the soup”

“Add the YAM to the soup”

Just a single letter change and you have a very different soup! This is sort of what happens with the hemoglobin gene.

The hemoglobin protein sits in red blood cells where one of its jobs is to take oxygen to every part of your body. It is also responsible for carting away carbon dioxide.

The mutant protein can still do both of these jobs.  But that single letter change causes problems with the shape of the red blood cell it is sitting in.

Normally hemoglobin can load up on oxygen and keep its shape. This lets red blood cells move easily through your blood.

The single change in the hemoglobin gene  changes what happens to the protein after it picks up oxygen. When it is loaded up with oxygen, it squishes red blood cells into rigid “canoes” that get stuck in small blood vessels.

These sickle shaped cells block blood flow and keep oxygen from reaching parts of your body.

Although there currently is no cure for sickle cell anemia, treatments can relieve pain and help prevent further complications. Click here to learn more about how gene mutations affect health and development.

Not All Mutations are Bad Though

Sickle cell anemia makes it sound like mutations are bad things! But they don’t have to be.

In fact, people that have the hemoglobin mutation that causes sickle cell anemia, but who do not have the disease, actually have some resistance to malaria! And this isn’t the only “good” mutation out there.

A great article talks about three others that actually benefit humans. They are ones that:

You see, mutations are the reason why plants and animals (including people!) can adapt to a changing environment. Let’s look to moths as an example.

Back in the early 1800’s, white-bodied peppered moths were everywhere in Britain (left, bottom).  Most likely this was because they could hide from birds on the white trees that were common then (right).

After the Industrial Revolution, however, soot from factories polluted the air and turned tree bark black. Now white moths were sitting ducks for predators.

Luckily, a random mutation had turned a few moths much darker. These moths, which were gobbled up easily before factories started belching smoke, were now protected on the blackened trees. These moths could adapt to a new situation because of a mutation!

Click here for the full story on mutations in peppered moths.

So, in summary, you’ve learned that mutations are just a change in your DNA. Some can be useful and others harmful.

What we didn’t have time to talk about is the fact that these mutations usually don’t do much of anything. They are neutral, neither good nor bad.

And, maybe most importantly, we learned that mutations are critical for generating the diversity of life on Earth today.