I am sure you have heard that in China babies were born who are said to be immune to AIDS. I know it is not allowed to you or the Chinese, but if you were allowed to breed gene manipulated babies, which skills would you give them? Do you even think it is compatible with your ethical standards?

- A high school student from Austria

You’re right that a scientist in China did edit the genes of two twins, which has been met with significant criticism. Check out this article for why this received so much backlash from the scientific community.

Most scientists agree that curing diseases is a good goal – and that gene editing could be really helpful.

But most scientists oppose using gene editing for enhancements or other non-medical purposes. Most of the scientific community agrees that this is unethical and would contribute to a number of societal issues.

Though for the most part, even if we wanted to enhance something we wouldn’t be able to. To understand why let’s back up and talk about how gene editing actually works.

It’s important to remember that to do gene editing effectively, we have to know what genes to edit!

A lot of people talk about using editing to make people smarter or taller. But these are complex traits that are caused by a combination of genetic and environmental factors.

For example, tall parents will usually have tall children. But there are hundreds of genes that can influence height. It would be hard to change all of them! And even if we could change all of the genes, environmental factors like diet also matter.

It’s easier to think about editing things that are caused by a single gene.

There are a lot of genetic diseases that can potentially be fixed by changing just one gene. This kind of editing is much more feasible.

Our genes are in almost every cell in our body. And each cell needs those genes to know how to work.

So say we were going to edit the genes for height? We would have to edit the genes in every single cell in the body to actually make a person taller. Considering each person has trillions of cells, that would be very hard to do!

Germline gene editing: a way to change DNA in every cell 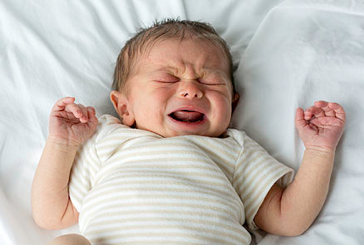 Germline gene editing would have to be done before a person is born.
Image from Wikimedia

One way to make a change in every cell would be to go back to the very beginning of our DNA – before we are even born.

In pregnancy, an embryo starts out as a single cell with a single set of DNA. That cell then divides over and over again into the trillions of cells that we have as humans. As the cell divides, the DNA is copied and divides with it.

If we edit that first copy of DNA, that change would be passed on every time the cell divides. This would make the change end up in every cell in the body. This is called germline gene editing.

Germline gene editing has to happen before a person is born – usually through a process called in vitro fertilization (IVF). This means it wouldn’t be helpful for changing a trait in someone who is already alive.

Any kind of gene editing has some potential for mistakes or side effects. But in germline gene editing, a mistake would be incorporated into every cell in the body. This would make it really hard to correct that mistake.

Even worse, these mistakes wouldn’t just affect that person. Since every cell in the body is affected, their sperm or eggs would have the changes too. That means any children they have could inherit the same mistake.

This is one of many reasons why we need to be especially careful when it comes to germline gene editing.

Somatic gene editing: a safer approach that changes DNA in a specific part of the body 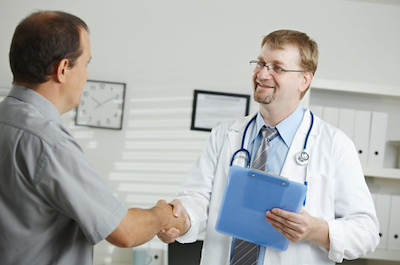 Somatic editing could be used in children or adults.
Image from Flickr

In somatic gene editing a change is made to just some of the cells in the body, rather than in all of them.

For example, if we wanted to treat blindness, we wouldn’t need to edit the DNA in all the cells. We would only need to fix the DNA in some cells, like in the eyeballs or the optic nerve.

Since somatic gene editing doesn’t need to be incorporated into every cell in the body, it could be done after a person is born. These changes also wouldn’t be passed down to a person’s children.

There are still a lot of concerns about using somatic gene editing, and there may be unintended consequences that we don’t know about yet. But it has huge potential for helping people with certain genetic diseases.

So what should we actually edit?

As gene editing technology has become more accessible, there has been a lot of discussion about how it should be used. While this technology is still in early stages, at this point we can see many benefits.

Overall, most scientists support somatic gene editing for medical conditions that have a clear genetic cause. This would include conditions like cystic fibrosis, Duchenne muscular dystrophy, Huntington’s disease, and sickle cell anemia.

But when it comes to enhancements (height, intelligence, athletic ability, etc.) things get much more complicated. First, we don’t know enough about how genes influence those traits to even be able to make those changes. But even if we could, ethical concerns would likely outweigh any potential benefits.

WHO panel on human genome editing