If humans needed to repopulate after an extinction event from a relatively small number or if we were to send a multi-generational ship to a distant place in our galaxy, would it be beneficial for the health of the future generations to engineer/plan the offspring instead of sticking to the traditional family-model of two random people falling in love and producing kids? 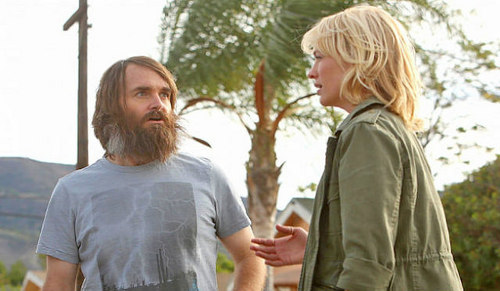 If numbers get as low as on NBC's Last Man on Earth, we may need some planning/genetic engineering to save the human race. (Flickr)

-A graduate student from Austria

Great question. If you started out with too few people, some amount of planning or engineering might be needed to keep everyone healthy.

One study I saw suggested that 80 men and 80 women might be enough to ensure genetic health even without planning. And for sure if you could get 500 together you’d probably be fine.

So in these cases the love between random people works fine. Everything could keep clicking along, generation after generation.

But if you had to start out with a smaller number, some planning could help. The kind of planning you did would depend on which scenario we are dealing with.

For colonization, you might first look at all the potential colonists’ DNA. You’d then try to pick only those who are the most different.

That way, whatever pairing happens out in space will work out from a genetic point of view. Random, spontaneous love could continue to flourish.

It might even be easier than you think for the space colonizers running the ship. You’d probably only need for them to be healthy for 10 or 20 generations (or however long it took to get to where they were going).

Odds are they’d have frozen embryos from a diverse set of people to freshen up the gene pool once they got to their new home. This gives us some wiggle room for mistakes on picking these first colonizers.

It would be very different if humans have a near death experience. Then we obviously can’t pick who gets to survive.

But some planning/engineering might help keep the human race around. And in fact, you might get away with just a bit of genetic engineering.

One way you could save humanity is by making sure only those who are the most genetically different can have babies. You’d genetically test the last survivors and only let certain people have kids together.

This might be a tricky one to enforce. Forcing people together/apart is no easy task! (Think Manny the mammoth in Ice Age 2 or Tandy and survivors from Last Man on Earth.)

Luckily you may not have to force anything if a geneticist survives. He or she may be able to eliminate the worst genetic problems without shotgun weddings.

There are a couple of ways this could be done.

The first way uses selection. Basically we don’t let any embryos who would end up with a genetic disease be born.

This can be done with something called preimplantation genetic diagnosis or PGD.

The first step in PGD is to fertilize eggs in the lab. Then, after the fertilized eggs have divided a few times, a cell is taken and tested for the genetic disease.

Embryos without the disease are put back into the mother and a normal pregnancy happens. The other embryos are thrown away.

The other possibility is to fix the broken gene. This would start out the same as selection—fertilizing eggs in the lab and genetically testing them.

But instead of throwing away the ones with the genetic disease, scientists fix the offending gene. Now none of the embryos are thrown away and the disease is gone.

The drawback with fixing mistakes is we aren’t very good at it just yet. If we needed to repair a gene right now, we might damage another one. We may cause more problems than we solve!

But if this is in the not too distant future, then we could probably pull this off. If CRISPR ends up as good as advertised…

Both planning and engineering are great for known genetic problems that happen because of a few genetic mistakes. But they won’t work for everything. And may be a real problem with a very small population.

This kind of thing would be very hard to fix by either selection or planning. There may be no way around forced weddings for very small groups!

Human populations have started out with very small numbers before and survived with no planning. For example, it is thought that all humans today came from a few thousand who survived something truly terrible 50-100 thousand years ago.

We did OK because there were still thousands of us. It is different when many fewer survive.

One example of this scenario is what happened to Pingelapese Islanders back in the 1700’s. A typhoon struck their island killing almost everyone.

One of the few who survived happened to carry a really nasty form of colorblindness. Today, 5% of the Islanders can only see the world in black and white.

The survivor passed this damaged gene to all of his kids. These kids went on to have kids together until this once rare gene is now common among them. This is a classic example of genetic drift.

With today’s technology, we could make sure that only embryos without the broken gene are born. Or maybe even fix it in the kids who got it. Very few in the next generation would have this form of colorblindness.

And these islanders aren’t the only example out there…this kind of thing has happened in many groups that started out with a small population. This is why certain genetic diseases are so common in people of Ashkenazi Jewish descent.

And why some Amish groups suffer from high levels of some genetic diseases. But on the bright side, they also never get other genetic diseases because their founders didn’t have them lurking in their genes.

Let’s hope we are never in a situation with just a few people left on Earth. Or at least that we still have the technology to get us through whatever awful event happened. And the will.

In the NBC comedy Last Man on Earth, only a few people have survived some cataclysm. These last survivors don’t care much at all about keeping the human race around. And no one is left to make them.

In this scenario, the human race is almost certainly doomed within a few generations.

So depending on who is left, all of this discussion may not even matter. People may not do what is needed to keep the human race alive.