Why can crabs regenerate limbs and humans cannot?  Has any research been done so that we too may be able to possess that ability some day?

- A curious adult from Texas

All animals can get sick or injured. But different species can recover in different ways when they get hurt.

Humans often recover from injuries by growing scar tissue. If someone loses their arm because of an accident or infection, they can’t regrow it. Instead, they usually have a shortened limb and a scar showing where the wound was.

However, some animals can regrow limbs and organs! That process is called regeneration.

For example, a crab running around in the ocean might injure its leg. Many crabs have the ability to shed the injured leg and grow a new one in its place.

Other animals have this ability, too! Some salamanders have the ability to shed their tails almost instantly. If a predator (or curious human) catches a salamander by the tail, it can simply shed its tail and run away. The regeneration process isn’t quite as quick, but within a few weeks the salamander has a fancy new tail and looks as good as new! 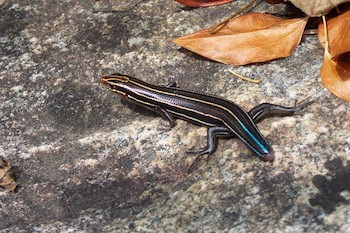 How come crabs and salamanders get to have all the fun?

This is a question that scientists have been trying to answer for a long time!

Animals have different levels of regeneration ability. Some, like humans, don’t regenerate much at all. Others are able to regenerate almost every part of their bodies!

Humans are able to regenerate some simple tissues. For example, when a person gets a shallow cut they are able to heal with no scarring. The skin cells surrounding the area are able to fill in the space pretty easily!

However, if a human has a deeper cut or more serious injury, they will end up closing the wound with scar tissue rather than regenerating the missing tissue.

Other animals, like crabs and salamanders, don’t scar in the same way. Instead, they recruit stem cells to the injured area. Stem cells are special cells that don’t have a defined job yet. They can turn into anything: bone, muscle, nerves, or skin.

Humans have some stem cells, but those cells are not easily available to help with healing. Most other mammals are the same, so they aren’t good at regeneration either.

Amphibians and some fish have stem cells that are more easily available, and are usually pretty good at regeneration. Starfish and many other invertebrates can almost completely regenerate!

There are some factors other than stem cells that affect whether animals can regenerate. Some animals can change cells that have a specific function, like muscle or skin cells, back into stem cells. This helps with regeneration as well.

There are likely other healing factors that we haven’t discovered yet! Many scientists are still working to understand some of the mysteries of regeneration. 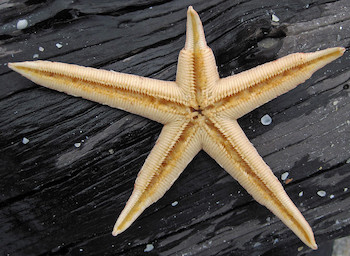 Will humans ever be able to re-grow limbs or organs?

Humans have the necessary genes to build limbs and organs. As embryos we develop and grow all the limbs and organs we need! However, we don’t have the ability to re-activate these genes when injuries occur.

Figuring out how humans could regenerate would solve a lot of problems! We could eliminate the need for prosthetics and organ transplants. Medical costs could be lowered, complications of surgery could be avoided, and recovery from accidents would be much simpler.

As of right now, no one has found a way for humans to regenerate in the way that crabs and salamanders do. We may never be able to regenerate a limb like crabs do. But we’ve been able to learn from animals that regenerate, to make better medicines and therapies.

For example, the past few years have brought huge advances in things like stem cell therapy and 3D printed organs. These new and upcoming medical technologies are use parts of the regeneration process, and are already saving lives.

Maybe someday we’ll have therapies that can direct our bodies to regrow and regenerate, but not any time soon. We still have a lot to learn! 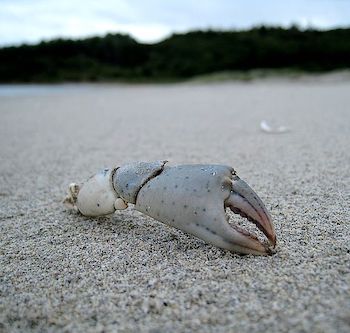 Could humans ever regenerate limbs?