My sister and I did ancestry.com and she was put into a genetic community and I was not. Does this mean we are not as closely related as we think?

-A curious adult from Georgia

No it does not. In fact, it is not uncommon for two siblings to be in separate genetic communities.

At first this might seem weird given that two sisters are about as closely related as any two people can be—50% or so on average. How can they not be in the same genetic community?

There are a couple of reasons.

The first is that genetic community has a very specific definition for the folks at ancestry.com. It is really a group of very close-knit people who were or are isolated from other people (at least genetically).

Maybe their valley is encircled by towering mountains or their village bordered by fierce rivers. Or maybe they are part of a group that tends to intermarry. In these situations, they will tend to share more DNA with each other compared to other, less isolated groups of people.

OK so that explains what a genetic community is. But it does not explain why two sisters are not in the same group.

That explanation has to do with the fact that these genetic communities are often from pretty far back in time. So far that only a tiny snippet of DNA remains in modern relatives.

Because of how DNA is passed down, it is possible for one sister to end up with that bit of DNA and for the other sister not to get it. From a DNA perspective, only one of the sisters is in a genetic community!

Now this doesn’t mean the sister who lacks that bit of DNA isn’t related to that community. She is. It is just that she didn’t happen to get the DNA.

Which of course shows why it can be useful to get more than one relative tested. Because their DNA isn’t identical, two sisters can learn more about their family tree if they both get tested. And a third sibling can add even more information!

So the bottom line is that you and your sister can be full siblings but be in different genetic communities. At least the ones that AncestryDNA has defined.

First off let’s talk about how only one sister can get the bit of DNA that links her to a genetic community. 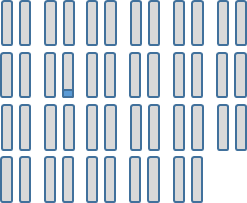 A little explanation is in order.

Most people’s DNA is packaged into 23 pairs of chromosomes for a total of 46. I have represented each chromosome as a gray bar.

The bit of DNA that links mom to the genetic community is the little blue bit I have circled below: 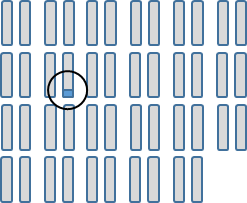 I have colored his DNA a darker shade of gray so we can follow both parent’s chromosomes as they have kids. Also note how small one of his chromosomes is. That is the Y, the one that makes him a biological male.

Here is how it might work for their first daughter: 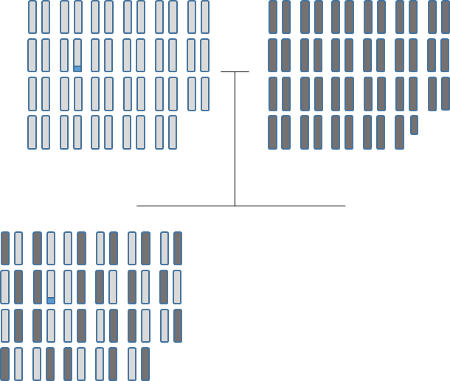 There is a lot going on here but it isn’t as complicated as it looks.

First off, you can see that mom has happened to pass the chromosome that has the bit of blue DNA on it. This means that mother and daughter are in the same genetic community. The blue one.

Note also that mom passed down half her DNA, one chromosome from each pair. Dad did the same. 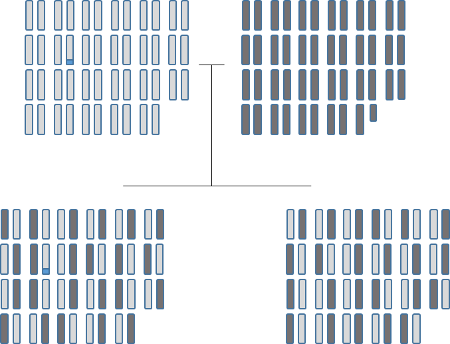 Here you can see that she also got half her DNA from her mom and half from her dad. But she didn’t happen to get the blue bit from mom. She is not linked to the blue community at the DNA level.

This is all there is to it. Because genetic community membership can be tied to a small piece of DNA, it is possible for only one sister to get it. Or both or neither might have gotten it!

Each sister had a 50% chance to get the blue DNA.

From Chromosome to Sliver

Next let’s figure out where that little bit of blue at the end of the chromosome came from. As you’ll see, it came from an all blue chromosome from that genetic community.

Let’s say this is the original ancestor you are tracing your genetic community back to: 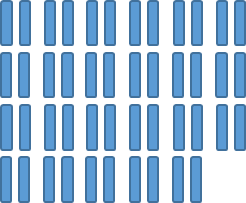 Note all of the chromosomes are blue. Now let’s have her have children with someone outside of the community: 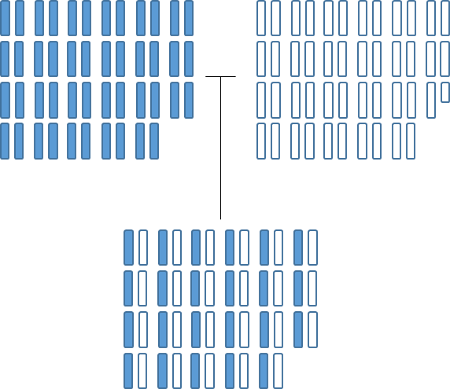 OK so this is what we saw before. Each parent passed down one chromosome from each pair. So how do we get a small bit of blue?

We can see this happening in the next generation: 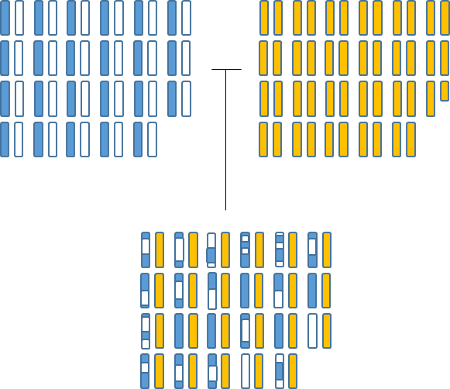 Here we have the daughter with blue and white chromosomes having a child with a yellow-chromosome man.

The first thing to notice is that there are lots of chromosomes that have bits of both blue and white. In fact, we can see the bit that we were tracing in the genetic community: 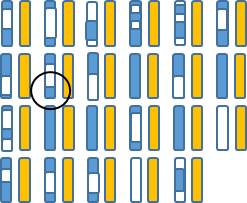 This is closer to what happens in the real world. Mom does not pass down a blue or a white chromosome to the next generation.

Instead there is a mixing of the two to create a one of a kind, never before seen chromosome. This DNA swapping is called recombination.

We couldn’t see it before because, for simplicity’s case, I made all the chromosomes the same color.

As this process continues, there will be less and less of the blue over the generations. For example, here is the next generation: 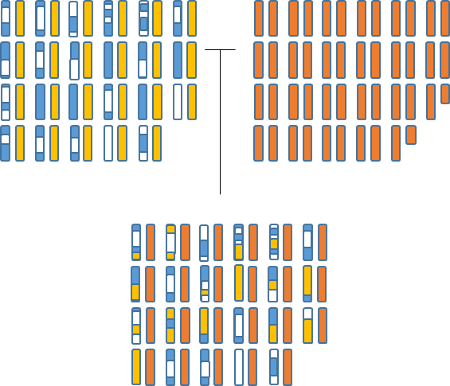 Now we have some new orange and some of the yellow is swamping out the blue and white. Do this for 10 or 20 generations and we might be left with just a bit of blue.

So that is how you and your sister, who share a lot of DNA, ended up in different genetic communities.