Why are GMO foods so important? What's the big deal?

If that wasn’t difficult enough, climate change will bring unpredictable weather. Growing crops will be more difficult. How do we make sure to have enough food for everyone?

While there are many ways to address this problem, genetic engineering is a valuable tool in our agricultural toolbox! It is easier than ever to change the pieces of DNA that make up living things. We can make foods grow faster, stronger, more nutritious, and better tasting.

We have many articles on this site regarding genetically modified foods, including whether they are safe. (They are. There’s a lot of evidence, and scientists overwhelmingly agree they’re safe.) So in this article, I will focus on the different ways scientists are using genetic engineering in making new crops.

In 1994, FLAVR SAVR tomatoes were the first genetically engineered (GE) foods available in grocery stores. They were made to stay fresh longer, and were only in stores for a few years. However, humans have been changing the genes of living things for thousands of years.

People have been intentionally changing the species around them for millennia. The oldest form of this is selective breeding. This is essentially how we got all domestic animals and crops!

One of the most striking examples of this is the domestication of wolves into different dog breeds. By breeding individuals who were more tame, people were able to design a new companion species. Since the initial domestication, people have selectively bred many different breeds, with different characteristics. 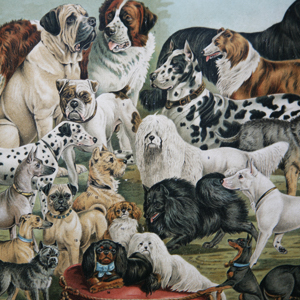 Today, dogs are an entirely different species from wolves. They have been completely changed, down to their DNA. Through selective breeding, humans have changed the DNA of this entire species.

It’s not just dogs that humans have selectively bred. Many of our favorite foods have been domesticated in this same way!

One example is corn. The ancestor of corn looks very different from what you’ll find in a grocery store today.

Around 8,700 years ago, people started intentionally breeding the best corn. By selectively growing the seeds from bigger corn kernels, our ancestors created the corn we know and love today. 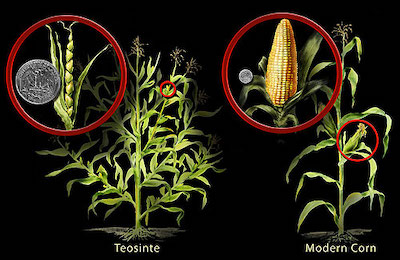 The ancestor of corn is a type of wild grass with small ears.
Image from Wikimedia Commons

It’s not just corn that has been transformed. Beloved fruits like watermelons and bananas are all very different from their wild ancestors!

Modern corn may look very different from its ancestor but their DNAs are very similar. A few changes in the DNA instructions led to some pretty dramatic changes.

These changes in DNAs are called mutations. As early farmers were domesticating corn, they had to wait for Mother Nature to accidentally create these helpful mutations. You had to get really lucky to find a plant with such mutations!

Our ancestors looked for those rare mutants and chose to grow corns with those genes. The result was bigger corns than the mother plants. But it took a really long time… thousands of years.

In 1920s, scientists discovered that they could create mutations in plants by exposing seeds to X-ray radiation. It is a useful technique to produce many varieties of plants in a short amount of time.

However, the mutations caused by X-rays are random. You can’t control what traits appear… and a lot of other mutations may tag along as hitchhikers.

Today, we have a better understanding of what genes do. We also have new methods to cut and paste genes into DNAs.

Using genetic engineering, food scientists can choose exactly which genes to change. With the older techniques, because farmers were selecting for traits rather than genes, many mutations ended up in new plants. Genetic engineering is precise and the only mutations present are the ones created.

Because genetic engineering is easy and precise, scientists are getting creative in making crops that will help us in many ways.

Insects and weeds are huge problems for farmers. That’s why many staple crops are genetically engineered to resist insects or weed killers.

The insect-resistant plants produce their own natural insecticides, which allows farmers to use less pesticides.

The herbicide-tolerant plants resists weed killers, so farmers are able to kill weeds without killing the crops.

Overall, pesticide use is reduced for GE crop adopters. However, herbicide usage is steadily increasing. Weeds are gaining resistance to it and farmers are having to use more to fight them.

In both cases, the modified crops enable farmers to control major pests like insects and weed and increase crop yield. Sadly, insects are gaining resistance to the insect-resistant plants and weeds to the herbicides. To protect our crops, scientists and farmers need to continue to adapt.

According to the WHO, malnutrition is a common problem that affects every country in the world.

In developing countries where food is scarce, people have to get required nutrition from limited food intake. As most of the population growth is predicted to be in developing countries, packing high nutrient content in staple crops will be an effective method to fight malnutrition.

One example is Golden Rice that can provide vitamin A. Vitamin A deficiency is a common malnutrition problem in developing countries, affecting mostly children and leading them to blindness.

A study has shown that 100 g (roughly half a cup) of uncooked Golden Rice can provide 30-40% recommended daily intake of vitamin A for children and 11-13% for adult women. Compared to regular rice, Golden Rice has no difference in quality except for high content of vitamin A.

Adding nutrients to food items is not a new idea. Iodized salts were introduced in the US in 1924, and have successfully reduce iodine deficiency diseases. 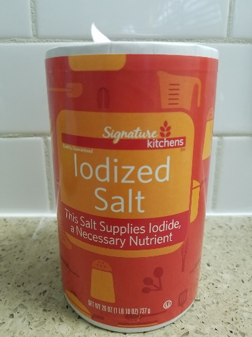 Although the Golden Rice was developed two decades ago, public resistance to GMO food and regulatory complications have prevented it from wide adoption. Regulators in the United States, Canada, New Zealand, and Australia have approved its consumption, and Bangladesh might become the first country to plant it.

Groundcherry is one of the leading projects. The fruits are juicy with distinct flavor, but the plants are difficult to grow. To make the plants commercially viable, a portion of its DNA is modified to make them produce tamer bushes and larger fruits.

By elevating less-common plants like groundcherries for mainstream market, we can diversify produces available to consumers. In addition to expanding our food flavor profiles, domestication of groundcherry can provide knowledge to help tame other important crops. 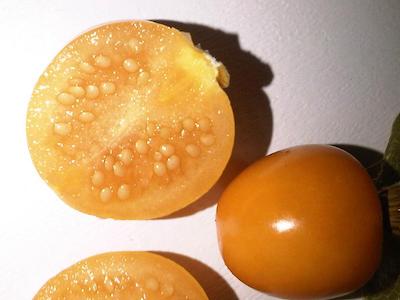 Thanks to genetic engineering, produces like groundcherries may become common in grocery stores
Image from Wikimedia Commons

It’s great that genetic engineering can make foods more nutritious, or grow faster. But they should also be delicious so that we will enjoy eating them! Luckily, scientists are working on it.

To make tomatoes tastier, they took a gene in lemon basil that gives it lemon scent and put it in tomatoes. Because the scent affects our taste, the majority of taste testers prefer the flavor of the GE tomatoes.

In the past, plant breeders would pick the traits for color, size, and shelf life—but not necessarily for taste. Over time, taste and aroma have been bred out. With genetic engineering, we will be able to enhance the flavor of produces again.

Genetic engineering beyond the crops

In recent years, a vegan burger that bleeds has captured the public attention. By using genetic engineering, scientists at Impossible Foods have made plant-based patties that has the flavor and texture of real meat.

Since growing livestock produces a large amount of greenhouse gases, the meat substitute is a much more sustainable way to consume protein. 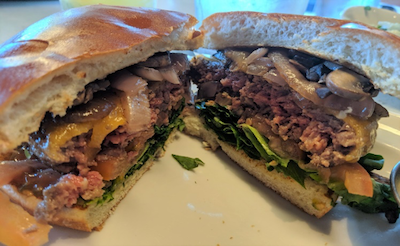 Impossible Foods use GE yeast to produce heme, which gives it the meaty-flavor.

This article has only begun to scratch the surface of how genetic engineered foods are used to solve different problems. With the technology rapidly improving, the sky is the limit in how we can take advantage of it to create new food solutions. 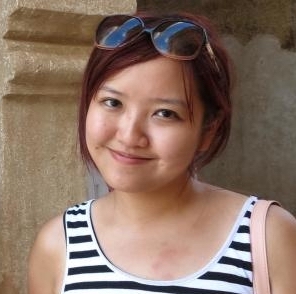 More foods for thoughts:
Are GMOs good or bad?

Tabashnik and Carrière. “Surge in insect resistance to transgenic crops and prospects for sustainability.” Nature Biotechnology.

Brookes and Barfoot. “Environmental impacts of genetically modified (GM) crop use 1996–2013: Impacts on pesticide use and carbon emissions.” GM Crops and Food.