Making Sure to Change Only the Right DNA 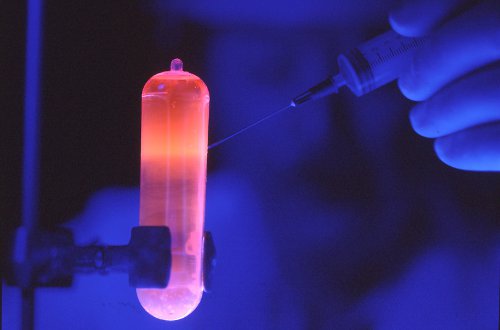 If we are going to changeDNA in people, we need to make sure we only cause the changes we want. (NHGRI)

A genetic disease happens when a gene doesn’t work the way it should. Scientists have been looking for decades for some easy way to fix these genes to get them working right. And in so doing, cure the genetic disease.

They may now finally have the tool they need in CRISPR/Cas9. With it scientists can change most any bit of DNA they want including those genes involved in disease.

Of course, there is always some risk when you start tinkering with someone’s DNA. The biggest is that you might change the wrong piece of DNA. When this happens, you might cause a new genetic disease in trying to cure the first one.

This risk is low for CRISPR/Cas9 as it is very good at hitting the right target in the DNA. But it isn’t perfect. It will occasionally change DNA that it shouldn’t.

Ideally then we would want to make CRISPR/Cas9 more precise than it is now to make it even safer to use. And that is just what a group of scientists has done in a new study. They made the “genome editing tool” less likely to change the wrong DNA by making the Cas9 bit like DNA a bit less than it usually does.

CRISPR/Cas9 has two parts. The first is called the guide RNA and the second is Cas9.

As you might guess from its name, the guide RNA makes sure the right piece of DNA gets changed. It guides Cas9 to a specific bit of DNA that the Cas9 then changes.

As an aside, a big reason scientists like CRISPR/Cas9 so much is because of the guide RNAs. They are very easy to make which means it is very easy to target most any DNA sequence easily. This is different from any other system out there.

Now you might think tinkering with the guide RNA would be the best way to make sure Cas9 only goes where you want it to. And it certainly is important. You need the right guide RNA that only targets one spot in a cell’s DNA (its genome).

But the guide RNA isn’t the whole story. Even with a perfect one, Cas9 can sometimes change DNA where it shouldn’t.

In their study, Slaymaker and coworkers found that by making the Cas9 not like DNA quite as much, it didn’t stray as often from where it was supposed to go. Which makes a lot of sense.

The normal Cas9 likes DNA a lot. So much so that it will sometimes stick to a piece of DNA that is close to but not exactly like the one the guide RNA is directing it to. Occasionally it will cut that “off-target” DNA.

One way to think about this is that the longer Cas9 stays at a particular place on the DNA, the more likely it is to make a change. A strong Cas9 and a perfect guide RNA means Cas9 stays for a long time at the right spot.

This is why the CRISPR/Cas9 system is so efficient. Most cells end up with the right DNA changed because there is such a powerful attraction.

But Cas9 will sometimes tarry a bit too long at DNA that looks very similar to the one it is supposed to target. The strength of attraction between Cas9 and DNA makes up for loss in attraction of the guide RNA not being quite right. The attraction is strong enough that this wrong DNA ends up getting changed some of the time.

By making Cas9 like DNA less, it will stay in the wrong places for a shorter time. And so cut that DNA less often.

This is just what the researchers found. Their newly engineered Cas9 changed these off-target sites much less often.

And luckily, it was still as good at changing the DNA of its targeted site. Apparently Cas9 and the guide RNA have such a strong attraction for the right DNA that weakening Cas9 a bit didn’t matter. It only mattered when the guide RNA was weakened too.

So scientists now have a genome editing tool that is both efficient and precise. Now they will need to make sure they use this awesome power responsibly. And safely. 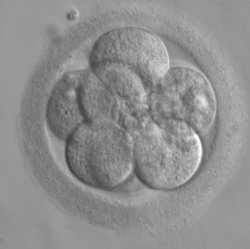 A new improved Cas9 might make it safe to fix any broken genes in an embryo like this. (Wikimedia Commons)

Making a Cas9 that likes DNA a bit less isn’t as hard as it sounds. First off, scientists have a nice picture of Cas9 interacting with DNA. So they can “see” which parts are touching DNA.

And because DNA has a strong negative charge, these tended to be parts of Cas9 that had a positive charge. Opposites attract!

Slaymaker and coworkers made Cas9 “like” DNA less by getting rid of some of the positive parts that interacted with the negative parts of DNA. Now, like a weaker magnet, it doesn’t stick to DNA as well.

It turns out that it is actually pretty easy to change something like Cas9 to make it less positive. All you need to do is a little gene editing!

This is because Cas9 is a protein and like all proteins, it comes from a gene. So scientists just edited the Cas9 gene to change Cas9.

They did this part with a bit of trial and error. They replaced various combinations of the positive parts that interacted with the DNA for new parts that wouldn’t. These new parts had no charge and so didn’t stick to the negative DNA.

One set of changes worked well without hitting off-target sites.

The next step will be to see if this new, improved Cas9 is good enough to start fixing broken genes without breaking any others. If it isn’t, they can always keep tinkering until they get a precise enough editor.

When they hit upon the right Cas9, we will all be better off. As long as we resist the temptation to tinker too much with people’s DNA… 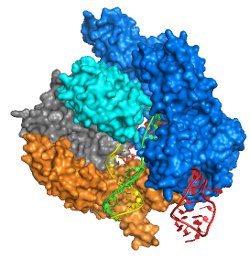 Changing Cas9 was easier than you might expect because of this picture of Cas9 interacting with DNA. (Wikimedia Commons)