APOA2 Gene Interacts with the Environment to Affect Weight
With New Year's Eve right around the corner, people will be re-committing themselves to getting into shape. That means more exercise and better eating. It turns out that some people may have it easier than others because of their DNA. Obviously, what a person eats affects how much they weigh. However, a recent study reminds us that having the right genes can also make a difference. Scientists showed that the APOA2 gene can significantly affect how a person's body reacts to what they eat. Only people who had a certain version of this gene AND ate a lot of saturated fats gained extra weight. So at least in this case, nature and nurture both play a role in body weight. More specifically, scientists looked at how two different versions of the APOA2 gene affected a person's body mass index (BMI). BMI is usually a pretty good estimation of a person's body fat and is calculated using a person's height and weight. A BMI of 18.5 to 24.9 is "normal". Below 18.5 is underweight. A BMI of 25 up to 30 is overweight while over 30 is obese. When people were on a diet high in saturated fats, those with one version of APOA2 had a higher BMI than people with the other version. But when people were on a diet low in saturated fats, it didn't matter what version they had. BMIs were essentially the same. These results show that a person's APOA2 gene can affect his or her weight -- at least when they eat a lot of saturated fat. So it's not as simple as this gene makes a person fat. APOA2 was already known to affect a person's BMI. A previous smaller study had shown this. However, the scale of this study gives the finding much more credence. Three independent groups with a total of almost 3500 people were used. All three groups showed the same result. While the study establishes APOA2 as important, its exact function is less than clear. In humans, it has been associated with cholesterol and LDL levels. When it's expressed at higher than normal levels in mice, they are insulin resistant and have higher levels of triglycerides. However, how it is causing those effects is an area of future research.
More Details on the Study
The study focused on two versions of the APOA2 gene: C and T. Scientists tested all subjects for which one they had. Additionally, they calculated BMI and collected data on diet by using a survey. Once they had this data, they looked for a relationship between the APOA2 version and BMI. Nothing obvious showed up. However, when they started to look closely at how fat intake factored in, they found an interesting effect. They divided the subjects into two groups. One group consisted of people who ate diets high in saturated fats. We'll call this the "high-fat" group. The rest of the subjects were in the low-fat group, having diets low in saturated fats. In the high-fat group, people who only had the C version had significantly higher BMIs than those with a T version. The result suggests that this gene can affect a person's weight. However, scientists also had a result that suggested this wasn't strictly true. If BMI is simply based on the APOA2 gene, then people with the C version in the low-fat group would also be heavier. But that wasn't the case. In the low-fat group, it didn't matter what version of the gene a person had. A person's BMI was pretty much the same whether he or she had the C or T version. So, on a low-fat diet, the APOA2 version doesn't matter. On a high-fat diet, it does. Of course, there are many things that go into how much a person weighs. For instance, age and gender may make a difference. And there's exercise. What if the T group is more likely to work out and that's what causes lower BMIs? The average age between the T and C groups was about the same. The male/female ratio was also about the same. As for exercise, when scientists compensate for it, the C group still has a significantly higher BMI than the T group in the high-fat group. So, what a person eats matters when it comes to weight. And so do genes. Some genes, like those that affect eye color or baldness, are not really affected by what a person does. Other genes really depend on a person's environment. For example, height and how likely it is to tear an ACL have been correlated with different genes. A malnourished child may never reach her full height potential and an inactive person may never be in a situation to hurt his ACL. Many traits are the result of what is in a person's DNA and what that person does with it.

More on Saturated Fats
Other genes related to obesity 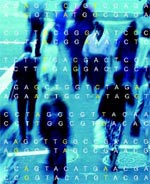 A small difference in
the APOA2 gene
can make a big
difference in weight.
Why This Study Matters
This recent study does not necessarily show something brand new. APOA2 had already been shown to affect BMI in people who ate a lot of fat. So why does this study matter? Many studies come out that are intriguing and have good science. However, studies like this that look for correlations between genes and a trait often fail to be confirmed when repeated. To gain real credibility in the field, a study has to be repeated and get the same result. This study is essentially doing that. And that strengthens the conclusion that the APOA2 gene interacts with saturated fat levels to affect BMI. In addition to that, the new study included a new, slightly different group. The original study included only Caucasian people. Looking specifically at one ethnic group makes it easier to see genetic differences that affect BMI (or any other trait). Being obese or overweight can lead to all sorts of increased health risks. Heart disease, cancer, and diabetes are just a few of them. Understanding the genetics of who is at high risk will benefit those in danger. Especially since they can do something easy to decrease their BMIs. They can start by simply eating fewer saturated fats. APOA2 is a great example of a gene that bridges the gap between nature and nurture. Finding more genes like it will help doctors and dieticians tailor diets to individuals. In the future, DNA may provide vital information about the healthiest environment for each person. 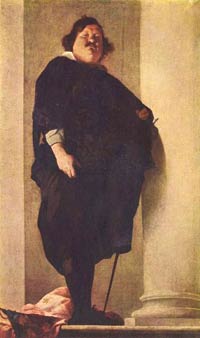 Obesity is a major health
concern and genetics
plays a role.