You probably can't remember a time when DNA and crime solving didn't go together. But the technology to do "DNA fingerprinting" didn't even exist until the early 1980's! This is when scientists found out they could see differences in people's DNA. It only took police a few years to start using DNA for solving crimes. In 1987 the first criminal was caught using DNA evidence. On the other hand, in 1989 DNA fingerprinting was used for the first time to prove that someone was actually innocent of a crime. Today the Innocence Project in New York works to help inmates get access to DNA evidence to hopefully free more innocent people. If you turn on your television any night of the week you can see how important DNA testing has become. From crime dramas to real life crimes on the news, DNA evidence is everywhere! There's a lot more that DNA testing can be used for though. The same technology that can catch the bad guy can be used to solve other mysteries. After we talk about how DNA fingerprinting works, we'll look at three real-life mysteries that people are solving using DNA.
So how does it work?
A "DNA fingerprint" is kind of like a regular fingerprint. You are born with it, it is unique to you (unless you have an identical twin!), and you can leave it behind wherever you go. But unlike a fingerprint from your hand, your DNA fingerprint can't be found by just "dusting for prints" like they do on detective shows. To find a DNA fingerprint, a scientist has to first take the DNA out of the nucleus of a cell. The cell that is used to get a DNA fingerprint can be a skin cell, a hair root cell, or even a cheek cell that gets washed out of your mouth in your spit. This is because your unique DNA is the same in all of your cells. So what do they do once they take the DNA out of the cell? Well, the goal is to analyze the DNA in a way that shows scientists the tiny differences in the DNA of different people. In the past, scientists used a technique called RFLP (Restriction Fragment Length Polymorphism). We explain more about it at /ask/ask20. RFLP analysis needs lots of DNA, but sometimes only a little is left behind at a crime scene. So scientists found a way to use less DNA. They worked out a method called microsatellite analysis that we talk about in /ask/ask34. But scientists want to find ways to use even less DNA. They also want to find a way to speed up the process. On TV the investigators get the DNA answers by the end of the show, but in real life there are so many samples waiting to be tested that labs can't handle them all. The wave of the future is something called "lab-on-a-chip." It will be a credit card sized machine that you could load a tiny sample into on the spot  you wouldn't have to wait until you got back to the lab. Lab-on-a-chip would use tiny tubes and pumps to perform all the steps normally done by hand by scientists. It would take the DNA out of a sample, make lots of copies of the DNA, and analyze the fingerprint. It would do all this at a fraction of the cost and in a fraction of the time that current methods use. Now let's look at some places other than police work where DNA fingerprinting is being used.

Older DNA tests like this one
use too much DNA
See text for more details
DNA in the News: Solving Mysteries with Science
What do the 2004 tsunami in Southeast Asia, African-American history, and the 9/11 tragedy all have in common? Yep, DNA. Baby 81. DNA saved the day when it helped bring parents and a lost child together after the tsunami hit Sri Lanka on the day after Christmas 2004. Lots of people were separated from their families. In particular, a lot of children were separated from their parents. One child was called "Baby 81" when he was admitted to the hospital. As you can imagine, many parents who lost children in the tsunami hoped that Baby 81 might be theirs. The hospital didn't want to give the child away to the wrong family, so a judge ordered DNA testing to prove who the parents really were. Everything turned out in the end for one family when the DNA fingerprinting tests came back and they were able to reclaim their son. Ecuador, New Hampshire, and African-American Heritage. We all want to know where we come from. Many African-Americans have trouble figuring it out because their ancestors were slaves and there are not very good records of their lives. Several scientists are trying to use DNA fingerprinting to identify which regions in Africa slaves came from so that modern day people can trace their family history. Scientists sometimes have trouble collecting DNA samples in Africa for comparison to samples taken here. This means that the scientists have to look for other ways to trace the trail of history left by DNA. A random email from one scientist to another has connected the search for African roots in two very different places. One scientist was trying to identify the remains of slaves buried in Portsmouth, New Hampshire. The other scientist was interested in the black people of Ecuador. These two scientists shared information and found that there were similarities between modern day blacks in Ecuador and the slave remains in New Hampshire. The scientists now plan to take more DNA samples in Ecuador. They will use these to build a database of DNA fingerprints. They can then combine this database with records from the American slave trade and build a better picture of the African-American history, helping more people know about their roots. 9/11 and the World Trade Center When the airplanes hit the World Trade Center in New York on September 11, 2001, nearly 3000 people were killed. The impact of the planes and the fires that started made it impossible to identify many of the victims. In order to give closure to the families of the people who died, the medical examiner's office in New York has been working on identifying every remain found using DNA. Even reclaiming a little bit of their loved one has been important to some families. People turned in toothbrushes and hair brushes and anything else that might have traces of their loved one's DNA on it. The medical examiner's office then tried to match the DNA in the remains to these samples. Unfortunately, they had to stop the DNA identifications in February 2005researchers had reached the limits of DNA fingerprinting technology. There are still samples that contain tiny bits of DNA, but they will have to wait until methods like the lab-on-a-chip that needs less sample become available. When that happens they will be able to begin their work again to bring more closure to the families of those that were lost. 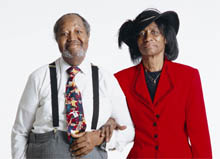