Breakthrough of the year: Evolution

Not just a response to Intelligent Design

Wait a minute you might be saying. How can evolution be a "breakthrough"? Didn't Darwin come up with the idea 150 or so years ago? Questions like these make some people think evolution was chosen in response to the ongoing Intelligent Design debate. The idea of evolution isn't the breakthrough. Evolution is an established science that forms the foundation for all of modern biology. But the editors of the journal Science felt that some of the research done in evolution this year was pretty amazing stuff. The editors liked three evolutionary results in particular: 1) Figuring out every letter of a chimpanzee's DNA 2) Gathering more evidence that species can evolve when not separated geographically 3) Resurrecting the 1918 flu virus and figuring out why it was so nasty I'll go over each one of these in a bit of detail below and explain why the editors thought these results were such a big deal.

1. What makes us human?The first big finding was the sequencing of the chimpanzee genome. We now know all 3 billion letters of a chimp's DNA. This is important for a couple of reasons. First off, by comparing human and chimp DNA, we may be able to figure out what, at the DNA level, makes a human a human. Because humans and chimps separated so recently, we share a lot in common. In fact, we are either 96% or 99% the same, depending what you look at. So this should be easy, right? Just look at the 1-4% difference and use that to figure out why we're human. This isn't as easy as it sounds. First off, 1% doesn't sound like much but it is around 30 million differences. This is a lot to sort through, especially when a lot of these changes don't matter. Lots of differences won't distinguish between a chimp and a human. Some of them will just be differences that distinguish one human from another. We humans only share 99.9% of our DNA with each other, for example. What this means is that at the very least, 0.1% of the difference isn't important for distinguishing us from chimps. That 0.1% is important for distinguishing you from me. And there are lots of changes that don't matter as well. So scientists will need to pick out the changes that distinguish a chimp from a human. It probably can be done but will be a huge task by itself.

In the meantime, we can use the chimp genome for simpler but still very important tasks. For example, chimps aren't infected by HIV but we are. Scientists are working on finding out why this is at the DNA level. From this they might be able to make new medicines to treat the disease. Chimps also don't get malaria. Or heart disease. Or chronic viral infections in their livers. By comparing human and chimp DNA, we will be able to figure out why this is. And maybe make medicines to cure malaria, prevent heart attacks, etc Very important stuff, but a breakthrough? Depends on what you think is a breakthrough. All of these letters are really just a tool to answer these other questions. A very powerful tool that was a lot of work to generate but still just a means to an end. Once they find out why HIV can't infect a chimp or why we can talk but chimps can't, then we'll have a breakthrough.
2. Speciation: A fancy word for making a species
One of the issues of evolution that is hard to grasp is speciation. Speciation is the evolution of a new species from an older one. Intuitively, people just don't like this idea. Most people will buy the white and black moths, antibiotic and pesticide resistance, and even lactose tolerance (the ability to drink milk as an adult) in people. But a monkey-like ancestor becoming people and chimps? Come on. Let's look at the monkey example to see how speciation might work. Imagine there are these very successful ape-like creatures. They have spread all across Africa. Suddenly, something happens. The weather gets drier in part of Africa and the trees disappear to be replaced by grass. We now have a group in the grasslands and one in the trees. What you need to survive in the forest is different than what you need to survive in the grasslands. For example, walking upright might be an advantage in the grasslands (to see predators or carry things) but may not be as useful in the forest. After a very long time, the grassland apes are walking and the forest apes aren't. Now go through a bunch of other traits like this and you end up with people and chimpanzees. So what was needed for this to work? The major part was the separationthe two groups don't interbreed and so can go their own separate ways. But there is evidence that species have evolved in the past when not separated from other members of the old species. So we would have to imagine that in our group of ape-like ancestors, humans and chimps evolved side by side. This is much harder to grasp. The results that excited the editors of Science deal with these kinds of issues. Scientists have been looking at birds and bugs and finding out ways that speciation can happen without physical separation. For example, they looked at a bird called the European blackcap. These birds winter in two separate places and reunite and breed in the same place. Scientists found that birds only breed with their wintering group even though there are all these other birds around. This sort of behavior could definitely lead to separate species over time. While scientists aren't sure why these birds are so choosy, they have been able to figure out why some other animals are picky. Two groups of European corn borers have different tastes in foodone group likes corn the other hops and mugworts. There is a Hawaiian cricket that generates unique songs that only attract a select group of mates. There is a butterfly that is only attracted to other butterflies with a certain wing pattern. The butterfly example is a particularly striking case. What happened was that only a subset of these butterflies mated. And then the subset underwent a DNA change (chromosomal rearrangement) that cemented in this pattern of mating. The DNA change made it so that even if you found a butterfly willing to mate with a butterfly with a certain wing type, you would get no caterpillars from the mating. Or at least only sterile ones. The butterflies had become sort of like horses and donkeys. Similar enough to mate, but different enough not to produce any fertile offspring. Both are because of differences in their chromosomes. There were other examples I won't go into but suffice it to say that this year was a particularly good one for speciation. These studies provide additional ways for species to evolve even when not separated physically. This all is certainly the stuff of breakthroughs. 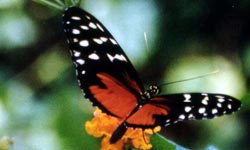 3. What makes a killer flu?
The final work cited by the editors deals with the resurrection of the 1918 flu virus DNA. Scientists wanted to understand why this particular strain was so deadly. Flu season arrives every year. Some of us get the flu and most are sick for a while but then get over it. This wasn't the case in 1918. In 1918, the Spanish Flu swept across the globe killing an estimated 50 to 100 million people. And made just about everyone sick. Normal life came to a halt in many places. People were often too sick to do much and a lot of the public spaces were shut down to keep the flu from spreading. So what was so special about this strain? No one knew until this year. This year, researchers were able to reconstruct the flu's DNA from historical samples including an Alaskan woman who died of the flu nearly 100 years ago. What they found was a little scary. This flu strain was very similar to the avian flu that has been so deadly in Asia. One of the differences between the two is that while the 1918 flu could pass from person to person, the avian flu can only pass from bird to person. In other words, a person with avian flu can't give it to another person. At least not yet. Scientists found a handful of mutations that led to the 1918 virus being able to infect people. They also found out why the 1918 flu was so deadly. A flu usually uses one of our proteins called trypsin. This dependence seems to keep the level of virus relatively low. The 1918 virus, though, came with its own protein. Because of this it was able to build up to much higher levels which meant it could become much more deadly. All of this might help us understand how to better combat the bird flu that started in Asia and is making its way into Europe as we speak. It also helps us understand why some strains of the flu are so deadly. This is a bit of DNA sleuthing that should give some pretty quick returns on the investment. All in all, this was a breakthrough year for evolution. And the chimpanzee genome should keep giving us important findings for years to come. I am definitely looking forward to seeing in detail in our DNA why we are human and chimps are chimps! 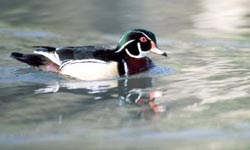