Europeans, East Asians, and Stickleback Fish Became Lighter Because of the Kit Ligand Gene
December 20, 2007 The color a species settles on partly depends upon its environment. In some places, lighter coloring will help. In others, the animal may need to be darker. Scientists studying the stickleback fish have identified one of the genes that contributes to this fish sometimes being lighterthe kit ligand gene (kitlg). Amazingly, East Asians and Europeans have used the same gene to become lighter. The kitlg does not explain everything about human coloration. Many genes work together to create a final skin color. But it can explain up to 20% of the skin color difference between Africans and Europeans or East Asians.
How Humans and Sticklebacks are Similar
Humans and stickleback fish are similar in at least one wayboth populations started out as a single group that went on to colonize new habitats. And in both cases, the colonizers became isolated from the main group. The stickleback is a fish that lives in both fresh and salt water. As the last ice age ended, glaciers pulled back and formed new fresh water lakes. Sticklebacks colonized these new lakes and lost touch with their fellow sticklebacks. This set up an excellent natural laboratory to study how populations change over time when they are isolated from each other. Some of these fish have had up to 10,000 generations to adapt to their new environment. Humans followed a similar pattern. They started out in Africa and then colonized the rest of the world. Each colonizing group became isolated from one another and so ended up adapting to their new environment. Both humans and sticklebacks sometimes landed in a place where lighter skin was favored. And they both used the kit ligand gene (kitlg) to become lighter. The Kit Ligand Gene Sea-living sticklebacks are usually dark colored but some of the lake dwellers have become much lighter. The researchers compared the DNA of the dark and light fish to try to figure out how the fresh water fish became lighter. Stickleback fish are ideal for this kind of study because scientists know a lot about their DNA. Scientists need well characterized DNA to easily find genes involved in new traits. When the researchers looked at the DNA, they found one gene, the kit ligand gene (kitlg), that appeared to be responsible for the different colors. The kitlg is also involved in human coloring. When scientists have compared Africans to Europeans and East Asians, they have found that part of the reason for the difference in skin color is due to the kitlg. The kitlg is involved in coloration because of its involvement in melanocytes. Melanocytes are specialized cells where pigment is made. The kitlg is needed for some of these melanocytes to survive. Animals (including people) have different versions of this gene. Some versions lead to lots of melanocytes and dark skin. Other versions lead to fewer melanocytes and lighter skin. Lighter skinned sticklebacks and people tend to have the version of this gene that leads to fewer melanocytes and lighter skin. However, these lighter versions are also found in darker skinned populations.

Humans migrated out of Africa
to colonize the world.
How to Make a Lighter Person (or Fish)
New traits like lighter skin can appear in a couple of different ways. One is if there was a sudden DNA change in an individual that led to some advantage. This individual would then do better and the trait would spread. Another way that a trait might appear is if it is hidden to begin with. Or so diluted by other genes that it has very little effect in most individuals. This can happen in many ways but the simplest reason has to do with the fact that animals have two copies of most of their genes (one from mom and one from dad). And that genes come in different versions. Imagine the situation like this. There are lots of genes that all affect skin color. These genes come in different versions. Some of these gene versions make you darker and some make you lighter. In places where dark skin is favored, most of the genes are the darker versions. A few people have a light version of one or two genes but these versions don't have much of an impact because they are just a few of many genes. Skin color would span a range from very dark to dark in these people. Now these dark-skinned people move somewhere where light skin is favored. The very dark don't do well but the lighter skinned dark people are able to survive and have kids. These folks are lighter skinned because they have more of the light skin versions of the various genes. The next generation will have a range of colors that tends to be lighter. Now the lighter kids do better and so grow up and have kids together. Now the next generation ends up lighter as well. This goes on until being even lighter doesn't give an advantage. Then the group reaches some final color. Genetically, the end result is a person with lots of light colored versions of most of their genes. But there still will be the occasional darker version in some of the people so that this population can adapt to a new environment where darker skin is an advantage. Why Make a Lighter Person (or Fish) All of this is made possible because skin color comes from lots of genes and the genes come in different versions. Now, what advantage might light skin have? For fish it is probably so that they can better hide from predators. For example, lighter fish might be favored in lakes with lighter sand at the bottom. Why humans turned lighter is less obvious. There have been two main ideas proposed. One has to do with vitamin D. Before vitamin D fortified milk and vitamin supplements, we got most of our vitamin D from the sun. When people moved north, the sun was weaker and it was cloudier more often. Dark skinned people didn't get enough vitamin D and so developed rickets. Lighter skinned people were spared this and went on to have kids. The other possible reason for lighter skin is something called sexual selection. This is a process where something with no obvious benefit takes over a population because the opposite sex finds it sexy. Think peacock plumage. What is proposed here is that for some reason, our ancestors decided that pale was really sexy and so lighter skinned people were more successful. Whatever the reason, we know that people and fish became lighter when they needed or wanted to. And they used some of the same genes.

More Technical Detail The researchers found two versions of the kit ligand gene (kitlg). They set out to discover why one version led to lighter skin. To understand their findings, we need to remember that the kitlg is actually the instructions for a protein called the Kit ligand. One reason a gene can be weaker is if it has mistakes in its instructions and so makes a defective protein. In this case, the idea would be that the weaker protein can't do its job properly and so fewer melanocytes would survive. Another way to end up with lighter skin is if there is less Kit ligand around. Less kit ligand means fewer melanocytes and less color. The researchers showed that lighter stickleback fish are this way because they make less kit ligand in their skin cells. This is also part of the reason why some humans are lighter than others. The researchers figured this out in a couple of ways. First, they looked at the kitlg for where the differences were between dark and light colored fish and people. They didn't find any significant differences in the gene instructions. But they did find significant differences outside the instructions. The DNA outside the gene often has information about how much of a protein to make from a gene. Sometimes changes out there affect how much protein gets made. This is what is probably going on here. There are two ways to figure out how much protein is being made. One way is to look directly at the protein. This isn't always easy to do. Another way is to look at how much RNA gets made. A gene's instructions are first copied (transcribed) into RNA before being read and made into a protein (translated). When the researchers looked directly at how much kitlg RNA there was, they found there was less in lighter colored fish. And others had reported there was less in European and East Asian skin than in African skin. 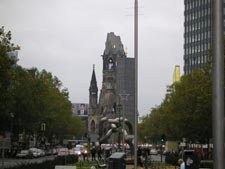 Cloudy skies and weak sunlight
may have selected for
light-skinned people.

Scientists can look at DNA, RNA or proteins
to figure out how a gene version
works differently.