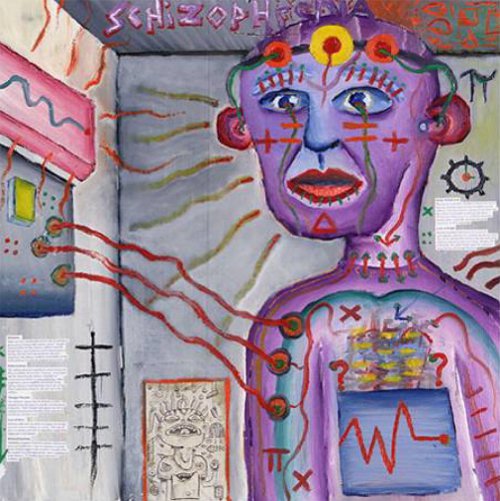 A self portrait by someone with schizophrenia. (Wikimedia Commons)

People with schizophrenia often have trouble telling what is real and what is not. They might see things that aren’t there (hallucinations), believe strange things like aliens controlling their brains (delusions), or a host of other mental issues. (Click here for more symptoms.)

Scientists have worked really hard to try to figure out what causes schizophrenia but they haven’t really made a lot of progress. There have been hints that perhaps the brains of people with schizophrenia have fewer connections but they haven't learned much more.

And even with this finding, scientists haven’t been able to figure out how these connections might be lost. Until now that is.

A new study by Sekar and coworkers suggests that people with schizophrenia have an overactive gene that causes them to lose too many of their brain connections during their teenage years.

As you become a teenager, your body naturally starts in on some brain sculpting. The teenage brain loses a bunch of connections that sprouted earlier in life that aren’t needed.

In schizophrenia your body may have gone too far in this sculpting. This “overpruning” of neuronal connections may be one reason why the brains of people with schizophrenia work differently.

If this result holds up, it may point scientists towards new treatments. It may even help them figure out how to stop or at least slow schizophrenia down as it kicks in right around the teenage years.

These scientists were able to figure this out by coming up with a new way to analyze genetic data. And by looking at some mice.

The Genetics of Schizophrenia

Schizophrenia is a surprisingly common mental illness. Around 1 in 100 people has it.

It also runs strongly in families. For example, each child of a parent with the disease has a 13% chance of getting it too. And if both parents have schizophrenia, the risk goes up to 50%.

With numbers like these, genes, the DNA we inherit from our parents that makes us who we are, almost certainly play a big role in schizophrenia.

Many studies done over the last decade or two have confirmed this. Researchers have found over 100 different bits of DNA that might be involved.

But none of them has proven very useful in helping scientists figure out what is going on. Or in helping to predict who might get schizophrenia.

One of the big issues with the DNA results has been connecting the bits of DNA that might be involved to the genes they affect. And then connecting any important genes they do find to brain development.

This is one of the things that is so exciting about this study. The scientists involved were able to do both for a small set of the most important DNA bits identified so far.

From Genetic Data to Brain Development

But these stretches of DNA usually don’t do much on their own. Instead, they have the instructions for making a protein. It is this protein that does a specific job in the cell or body.

This all matters because it is important for understanding how these scientists were able to figure out how a bunch of genetic differences might lead to an increased risk for schizophrenia.

See, those previous genetic studies had found that lots of people with schizophrenia share one area of DNA in common on chromosome 6. But they didn't shed much light on the condition until the researchers started looking at what effect these DNA differences were having on a nearby gene named C4A.

Normally C4A is an important part of our immune system—it helps fight off infections. But these researchers showed that it is also involved in tagging parts of the brain for destruction.

So it makes sense that if you make more C4A, more of your brain will get marked for removal. And more connections will be lost.

But this was not easy to see in the DNA. This part of the DNA is a baffling array of C4 versions.

These researchers figured out how a key part of chromosome 6 affects your risk for schizophrenia. (Wikimedia Commons)

Remember, the idea here is that the more C4A you make, the more connections will get pruned. And the more likely you are to end up with schizophrenia.

The C4A gene also comes in two different versions, long (L) and short (S). As you can probably guess, the long version is longer than the shorter one.

Think about copy number this way: if each C4A gene makes a certain amount of C4A protein, then two copies will make twice as much. If you make two batches of brownies you will have more brownies than if you just make one.

A little molecular biology detective work showed that the L version of C4A is stronger than the S version—it makes more of the protein. This added strength (and length) comes from a virus stuck right in the middle of the L version.

So the long version is like a very efficient cook. This baker can get more batches of brownies done in a day than can a less efficient one, the S version.

A second look at the DNA results from tens of thousands of people showed that having lots of C4A copies and/or the long versions of C4A make people more likely to get schizophrenia. Because they make a lot of C4A protein. And a look at people with schizophrenia confirmed they made a bit more C4A than did people without the illness.

This all makes sense but they still didn’t have any direct proof that too much C4A leads to increased pruning. They found their proof in the humble lab mouse.

Of Mice and Men

Mice aren’t ideal for studying schizophrenia. They lack the part of the human brain affected!

But they are useful for studying the sort of brain sculpting these researchers think might be happening in schizophrenia. Mice brains do go through bouts of pruning.

These researchers created a mouse that made no C4A protein. If this protein were important for brain pruning, then this mouse should have more connections than a mouse that makes the normal amount of C4A. Because it isn’t marking connections for destruction as well.

This is indeed what they found. The mice that lacked C4A had more brain connections than the mouse that made C4A.

So people with schizophrenia make more C4A protein. And mice that don’t make this protein have too many connections in their brain. 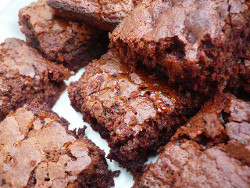