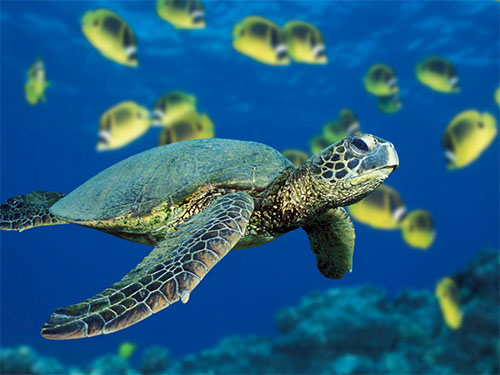 A single, simple mutation may have been key for animals to make the leap from being single-celled to having multiple cells. (DeviantArt)

Scientists have recreated a key evolutionary step from a billion years ago in a test tube. They claim that it is one of the steps needed to go from creatures with a single cell to beasts with many cells like us.

And it was surprisingly simple. It required just one small change in the DNA of an ancient gene.

This study gives scientists a new way to investigate how life has evolved. They can recreate it in their labs.

A Journey of 1000 Miles Begins with a Single Step

One of the big milestones of life on Earth was when it went from being single celled to having multiple cells. Life went from swarms of bacteria to daisies, cats, wallabies, fish and all the rest of life.

While we don’t (yet) have a time machine so we can go back and see how it happened, there are clues scattered across the DNA of various beasts. A group of researchers used these clues in a new study to figure out how one of the steps to multicellularity probably happened in animals.

They focused on a bit of DNA that does one thing in single celled creatures but has evolved a new job in multicellular animals. By studying this bit of DNA in lots of different creatures they were able to recreate what the original, ancient gene most likely looked like.

Then, in a mini Jurassic Park moment, they actually made the gene and showed that it does what the modern version does in bacteria. And then it gets even better.

They made one small change, a single mutation, in this ancient gene and it now was able to do the job it does today in animals with more than one cell. The researchers were able to show how this bit of DNA might have evolved to make us more than bacteria. Wow.

Of course this was not the only mutation needed to get from there to here. But it was probably an important one.

The really striking thing is how easy it was to get to something useful in a new way. One minor slip when this gene was being copied and bam, a snippet of DNA has been repurposed for multicellular creatures. 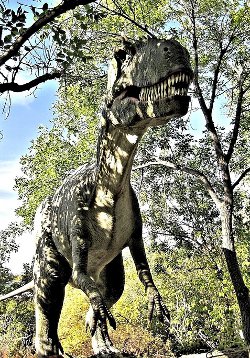 Once you get to being made of more than one cell, different cells do different jobs. Our kidney cells obviously do different things than our brain cells.

An important part of this is making sure cells go where they are supposed to. You want to keep all those kidney cells with the kidney! And the kidney to keep its kidney shape.

A big player in this is something called GK-PID. It is critical for making sure cells are laid down properly. But it didn’t start out that way.

GK-PID looks an awful lot like a gene called guanylate kinase (GK) that is found in most living things. This is where the GK in GK-PID comes from.

By looking at lots of different beasts’ guanylate kinase (GK) DNA, the researchers in this study could see that GK-PID started out as an extra copy of the GK gene. In other words, a billion or so years ago there were two copies of the GK gene in a cell at the same time.

As discussed here, this “gene duplication” is a pretty common way for new genes to appear. Basically the cell can tinker with the new copy while protecting the old one.

Well, it doesn’t really tinker with the new copy. Mutations are free to happen that change the gene because there is a backup to do the original gene’s job. If one of these changes happens that gives the cell an advantage, then that changed version will spread throughout a population.

In this case a mutation happened in the new copy that was useful for when this cell made the leap to being part of a group of cells. And it may have taken only one small change.

As an interesting side note, the data shows that this mutation probably didn’t happen around the time that multicellular animals appeared. Instead it looks like it appeared in the gene millions of years before the cell needed it.

Then it lingered, waiting for a time when it could be useful. And then, lucky for us, it was there when we needed it.

By chance, this mutant happened to interact with a newly evolved gene that made something called an anchor protein. These happy accidents are called molecular exploitation. 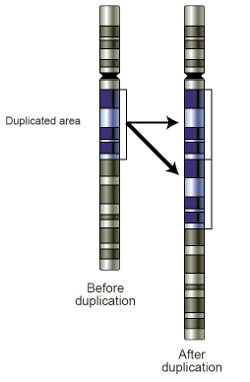 Accidentally making an extra copy of a gene is a common way for new genes to form. The purple stripes are the duplicated genes on this chromosome. (Wikimedia Commons)