Why Humanity’s DNA May be in Trouble in the Future

In the Last Mimzy, a scientist uses time travel to get good, undamaged DNA from the past. In this film the DNA damage is caused by the environment. Something similar might actually happen in the future but ironically, it may be caused by, among other things, good healthcare.

We are all living longer than our ancestors because of better healthcare, sanitation and so on. This is obviously a good thing for each of us as individuals. But the effects on the DNA of humankind may not be so wonderful.

A new review in GENETICS explains this potential problem pretty well. It has to do with DNA changes or mutations that pop up in each generation. And the loss of the ability to weed out the ones with minor, negative effects.

Over time, these minor mutations might build up and have serious consequences. Left unchecked, our DNA might decline in quality, generation after generation.

Now that isn’t to say that this article says that DNA quality is only going to go downhill. With screening and maybe even fixing broken genes (gene editing), we may eventually lose really bad mutations from the gene pool. So future generations may not get as many deadly genetic diseases as we do today.

But it is the mutations that just cause minor problems that are, well, potentially the problem. We will not be able to easily find and screen for these. And combined they may have real consequences for humanity.

The idea is that these mutations with small effects will keep building up in our DNA because they are not deadly in the modern world. Eventually enough mutations will build up to weaken the human genetic pool. Death by a thousand cuts…

We may see increases in autism and other brain related issues, get cancer earlier and so on. We will be more sickly in general.

Definitely a scary thought but it is important to keep in mind that at this point it is only a theory. There are researchers like the group who wrote this report that do not think this will necessarily happen. The decline of humanity is not inevitable!

Still, it is definitely something to keep in mind. And even if it ends up being true, our future relatives will undoubtedly find clever, if potentially expensive, ways to deal with it.

Your DNA has all the instructions for making you. You get half your DNA from your mom and half from your dad.

But you have a bit of DNA that is all you. Each of us is born with around 100 new DNA changes that neither of our parents had.

Most of these new mutations don’t do anything but a few will be mildly harmful. And every now and then you’ll end up with one that is helpful. (Of course there will be the rare, really bad mutation too.)

It is all those slightly bad mutations that could be a problem for humanity as a whole.

In the wild, having even mildly harmful mutations means you might not survive. Maybe you’re just a bit slower so the lion eats you or just a bit weaker so you can’t compete as well for food. Just one of these mutations might not be enough to do you in but a few and you could be in real trouble.

This means that in the old days, folks with too many of these mildly bad mutations wouldn’t survive to have kids. Which means they wouldn’t pass these mutations on.

The same is not true nowadays. Today you will do just fine with being a bit slower, weaker, less smart etc.

And of course this is a good thing! Very few people want to go back to the harsh realities of the wild.

But it may not be so good for humanity’s DNA. In the next few hundred years we could see a real fall off in terms of average human intelligence, strength and so on. And it could happen faster and faster as time goes on.

This isn’t all just theoretical either. Scientists have done a number of studies with mice, worms and other beasts in the lab and have shown that without selection, this is what indeed happens. An accelerating rate of mutation and a weaker species. (Scientists call weaker a loss in fitness.)

Even if true this does not spell doom for humanity. Eventually the effects of all of these mutations will level off at some new normal because too many mutations can mean trouble having kids.

So those people with too many slightly bad mutations will not have as many kids as those with fewer. And so will not pass their genetic load onto the next generation.

But the new normal will not be what we are today. For example, since the brain is controlled by thousands of genes, there might be more problems there. More mental illness, less intelligence and so on. 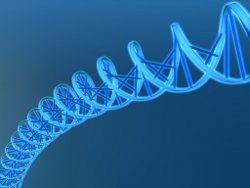 You have around 100 DNA differences (or mutations) that neither of your parents has. (Arcanis-Lupus) 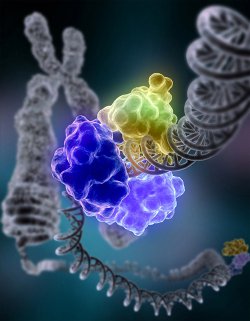 Mutations that affect how well a cell can repair DNA means even more mutations in the future. (Wikimedia Commons)

Of course this is all theoretical but it is based on good science. It could be something that our great, great, great, etc. grandchildren will have to grapple with. And there isn’t a lot we can do to keep it from happening.

Right now it is really hard to pick out the differences in DNA that are causing these minor negative effects. We are simply not good enough yet at telling mildly harmful mutations from those that have no effect. So we can’t really keep these changes from being passed on.

One way to at least slow down the pace of increased mutations would be for dads to have children earlier in life. Or to use sperm frozen away from when they were younger.

As discussed here, older dads pass on more mutations. So the pace of new mutations would definitely slow down if the sperm of younger men were used more often.

And the pace of mutations may not be as fast as some predict. See, we have evolved a way, sex, to mix and match each parent’s DNA so that some of the kids will end up with fewer of these mutations.

Before DNA is passed from parent to child, something called recombination happens (click here to learn more about this process). For the purposes of our discussion here, this means that some kids will get more of these new, slightly bad mutations and some will get less.

Another possible way to slow it down might be to change our cell’s machinery so it doesn’t make so many mistakes. Or maybe it now finds mistakes and fixes them more quickly. This won’t happen tomorrow but could happen sooner than you think.

Still, if a buildup in minor, negative mutations ends up being a real problem, our future relatives will have to deal with it. Whatever solutions they come up with will probably be expensive and time consuming.

It could be that in the future we will be able to pick out these mildly negative mutations. And perhaps we could fix them in a fertilized egg before the children are born.

All the sequencing we are doing now could help give us a starting point to reset humanity back to our current DNA this way. Maybe we’d want to go back a few more hundred years before mutations might have started building up in our DNA. (Or a few thousand!)

Another probably crazy possibility is to save cells from people living now and clone them later when our DNA has taken a real beating. This would probably be doable but only as a last resort.

Or we may just live with the new normal. We get more checkups, use technology to bolster our abilities and so on.

Whether true or not, we will almost certainly be using technology in these ways anyway. We may just need more of it than we thought. 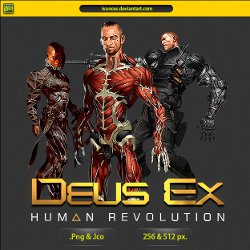 Our future raltives may need some help from technology to overcome built up DNA mutations. (dehr)